How to Live a Sustainable Life in a Vertical City 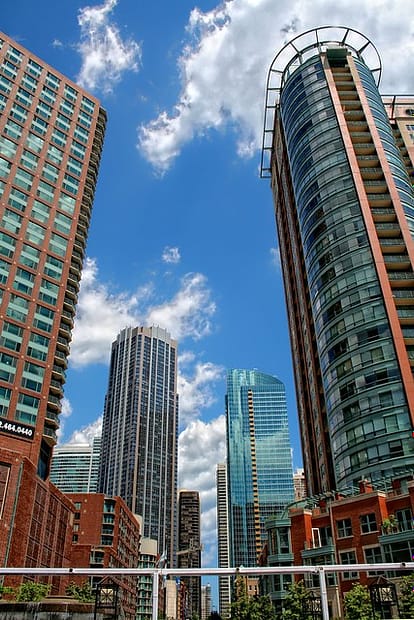 People can live longer, more wholesome lives because of technological and medical advancements. But this raises issues and worries about overpopulation and overcrowding. The necessity for residential space rises along with the population. Forests and other habitats are frequently destroyed as the number of houses and neighborhoods rises. This restricts our access to natural resources, puts species in danger, and poses a threat to our environment. This issue cannot be disregarded. Otherwise, the planet and all of its inhabitants will inevitably perish. The rate of growth of the human population is worrying. A critical mass will eventually be achieved if nothing is done. Or to put it another way, the environment won’t be able to sustain us. You might be interested in learning how to live sustainably. People are beginning to turn to the idea of a vertical metropolis as a solution to this escalating and unavoidable issue.

A vertical city is, in essence, a large skyscraper that houses the complete human habitat. The solution to overcrowding and overpopulation lies in vertical cities. They can be built in a vertical tower, protecting the environment, as opposed to razing woods and marshes to make way for homes, stores, and factories. Sky-high development increases the amount of living and working space available, which lessens the effects of overcrowding. People would live, work, and attend school in a vertical city. The secret to protecting the environment lies in vertical towers as well.

Farmers will find it more and harder to produce enough food to feed the growing population. There won’t be sufficient land for farming. However, agriculture and farming can make use of vertical towers. The possibilities provided by vertical cities are breathtakingly beautiful. Vertical cities are feasible, contrary to popular belief. These towers are easily realizable with the right planning. The key to the success of this idea is raising awareness. The need for a remedy grows as the risks of overpopulation become more obvious. Vertical cities are the future of sustainability, barring any better solutions being found.

It’s critical to distinguish the concept from reality if vertical cities are to become a reality. In other words, it is important to distinguish between what is feasible and what is not. There is a rising desire for apartments located inside skyscrapers despite the fact that there are no actual cities to draw statistics from. Funding appears to be the main issue right now. A vertical city will require extensive time and money to build and maintain. It is necessary to address the issue of building financing. Before moving further, those with the resources must be convinced that this approach is workable, which could be difficult and demanding. But with some preparation and research, this endeavor is not insurmountable.

The following query relates to emotional health. Depressing feelings might result from a lack of sunlight. The majority of individuals innately love being outside. So how would living in vertical cities impact its residents’ emotions and moods? There is little doubt that staying inside can negatively affect emotional health, but this problem can be fixed. Access to open spaces close to the outer bounds might offer access to sunlight and clean air. Even the construction of outdoor swimming pools and recreation spaces would be feasible. It’s crucial to keep in mind that residing in a tall tower does not entail confinement. You are welcome to come and go whenever you choose.

Vertical cities can be built in a variety of ways, but it’s crucial to keep business and residential sectors distinct. A variety of emergency escape routes should be available in case of an emergency. Agricultural and farming towers are likely to be separate from inhabitable towers, however, the two could be joined by one or more bridges. The ability to grow and harvest crops from all over the world in one spot would be made possible by self-contained farming regions, which would be made possible by internal temperature control and artificial sunshine.

Elevators and monorails would likely be arranged in a complicated network for internal transit. It’s likely that the first vertical metropolis will be built with comfort in mind. When workers are not feeling sad or depressed, they tend to be more productive. As a result, these “sky cities” will probably have a range of entertainment facilities, including movie theaters, parks, and amusement rides.

It’s unclear if the first vertical city will materialize within the upcoming ten years. It’s critical to keep in mind that large-scale initiatives call for extensive planning prior to implementation. The health and safety implications of vertical living must be taken into account. Additionally, concerns about power and maintenance must be addressed. Although vertical cities present exciting prospects for the future, it is important to guarantee that they are constructed properly.

It may be tempting to jump in and begin construction of these structures right soon, but doing so could create more issues than it addresses. In addition to finding a solution to the problems of population growth and environmental degradation, we also need to ensure that the right steps are taken. Any omission or error in judgment could be harmful and destructive. There is little room for error when so many people’s futures and lives are on the line. But with the right forethought, vertical towers might be the solution humanity has been searching for.

We are in desperate need of a solution as the issues of overpopulation and environmental catastrophe loom over us. Living a Sustainable Life in a Vertical City may be one solution. Waiting too long to handle this problem will be damaging and disastrous. Moving too quickly without the necessary foresight, however, will probably be equally harmful. Making sure it’s done properly is essential to turning the dream of the vertical city become a reality. In order to prevent potential issues, it is essential to understand everything we can. But we only have so much patience. Even a small number of vertical cities could have a significant positive effect on our environment, but time is not on our side.

Recycling and Upcycling in Architecture: A Sustainable Choice

Exploring the relationship between Architecture and Tourism