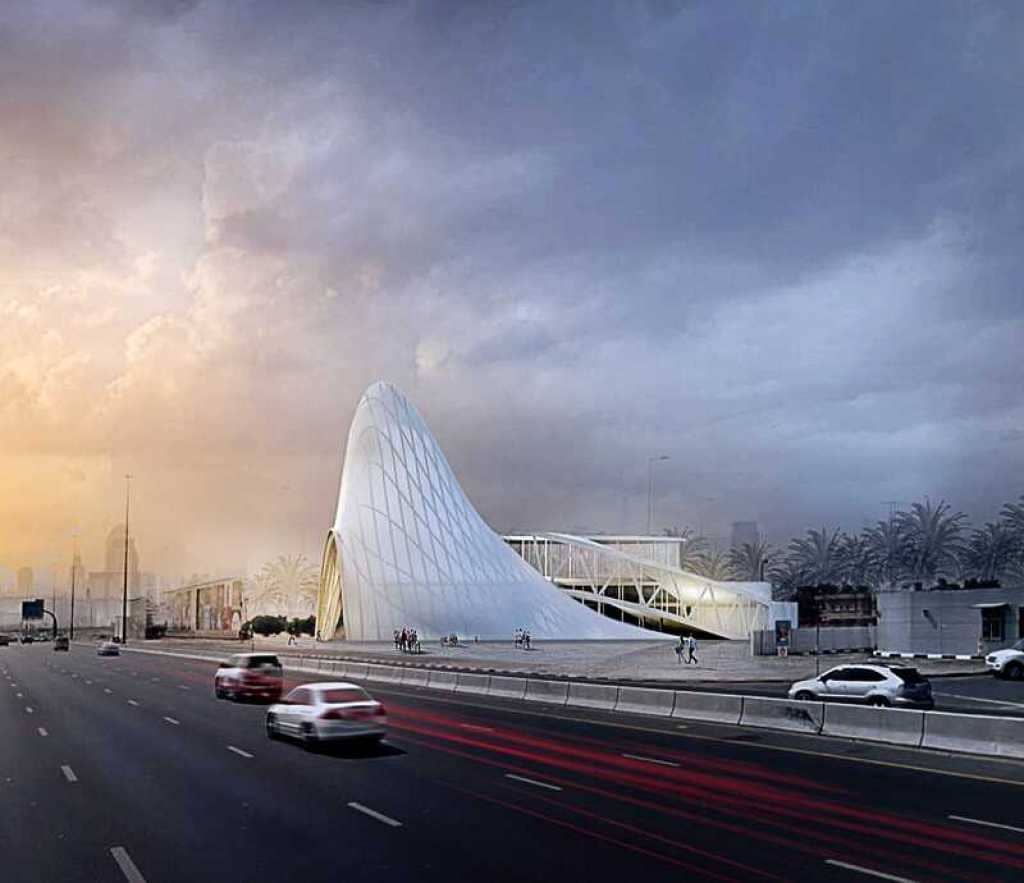 After studying the city of Sharjah and looking at its ancient history, it clearly shows that this emirate was previously prominent from all their neighbors and traded culture, heritage, trade and arts and developed its architecture through sailboats, the ancient history of more than 8500 years ago, starting from the Gulf Al-Arabi via ports and sailboats exported arts and culture to this city whose name means the rising sun and looking at the history of the emirate of Sharjah we must take into account the important side which is the Gulf and the sailboat has many names and the most important name in it is the sail and the most important of the sails is the big sail Which is called the Emirati language (Al-Shara) The idea is that the building is constructed of a steel structure consisting of two floors and a main street for the street that shows the shape of the building and makes the organic architecture reappear as a basic element of the cultural landmarks of the city

Structural analysis of the fabric sail

We will use soft and very light materials, and the fixation will be on the iron structure, which will be the structural structure of aluminum material, light steel, and it will be resistant to air. High dynamics and elasticity with hot weather, wind, and rain.
behance