Home » Uncategorized » The Use of Virtual Reality in Architecture

The Use of Virtual Reality in Architecture 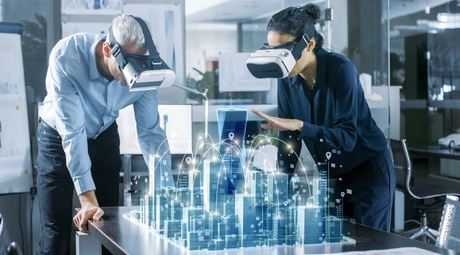 No matter how stunning a photograph is, it can never accurately capture the size and feel of a project. Given how quickly technology is developing, architects that don’t incorporate virtual reality into their design process may soon fall behind.

VR is now very much an option for architects of all backgrounds due to the accessibility and affordability of HMDs. For instance, the Oculus Rift, HTC Vive, or even Google Cardboard.

Architecture and virtual reality put together in practice

Long before the structures are created, HMDs have the potential to alter how architects and designers conceptualize and express their ideas. The client can view a simple 3D simulation of the functional design. They experience a considerably more realistic feeling of scale, depth, and spatial awareness in the immersive environment than they would in typical renders, scaled models, or animations.

It is simpler to convey design intent properly when a building gives the immersive feeling of being inside it. VR can elicit a positive response in a similar way to physical architecture when clients are unable to comprehend spatial relationships and scale simplyby  looking at a 2D representation.

Even at the conceptual stage, VR can help investigate the connections between places, such as the effect of light on a room at various times of the day or views from aboveground floors. It’s simpler to comprehend these influences in VR than to view a scale model or BIM model on a screen.

The impact of virtual reality on architecture

Before virtual reality technology entirely replaces more conventional architectural methods, there are still some enhancements that need addressing. The effectiveness of an architect’s usage of VR will be significantly influenced by factors. Including speed, graphics, and the capacity to allow designers to change plans in real-time.

These technologies already have an impact on architects’ ability to precisely visualize projects while they work and share their work with clients. These included customer information overload and legal accountability for projects before they were fully developed.